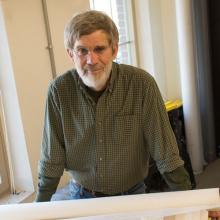 Timothy Barrett is a professor in the University of Iowa Center for the Book and the School of Library and Information Science. His many years of research on early European handmade papers have been funded by the NEA, the Kress Foundation, the Institute for Museum and Library Services and as of 2009, a MacArthur Fellowship. Barrett’s research employing non-destructive XRF and UV-Vis-NIR spectrometers is documented here. Barrett is author of three books, one website, seven videos, and thirty-six articles or book chapters on the history, technique, science and aesthetics of hand papermaking. He was director of the Center between 1996 and 2002 and again became director in the fall of 2012. 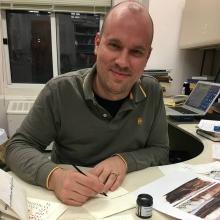 Paul Dilley is an Associate Professor of Classics and Religious Studies at the University of Iowa, with a research focus on the Religions of Late Antiquity, in particular Christianity and its contexts in Egypt and Syria.  He is a senior fellow of the Mellon Society of Fellows in Critical Bibliography, and a co-PI of the 2015-2017 Mellon-Sawyer seminar at the University of Iowa, “Cultural and Textual Exchanges: The Book across Pre-Modern Eurasia.”  He has worked extensively in the history of the book in Late Antiquity, as well as the use of enhanced imaging (including MSI and X-Ray Tomography) in the preparation of critical editions. 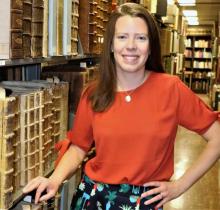 Margaret Gamm is Head of Special Collections at the University of Iowa Libraries. She has been at Iowa since receiving her Master of Science in Library Science at the University of North Carolina Chapel Hill, where she concentrated her studies in Archives and Records Management. Margaret maintains a user-centered approach to special collections, but remains responsible for ensuring the longevity of the centuries-old book and archival objects in her care. She is consistently conflicted when considering issues of access and preservation, especially when presented with the introduction of new analysis technologies in the reading room. 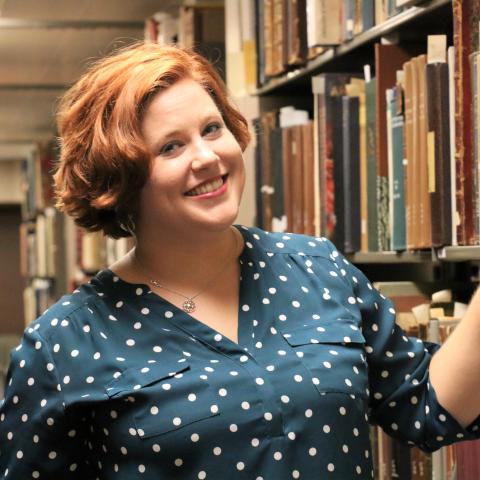 Elizabeth Riordan is the Outreach & Engagement Librarian for Special Collections at the University of Iowa Libraries. She received her Master of Science in Library Science at the University of Iowa. Her background in theater arts and anthropology has allowed Riordan to explore different ways special collection materials can be utilized in classrooms, as well as public events. Working in an active archives that hosts multiple classes and researchers a semester often means that she teeters on that line between access and preservation, but she enthusiastically looks to new technologies and methods to bring even more of the archives out to the community. 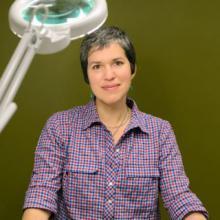 Giselle Simón is the Con­ser­va­tor at the Uni­ver­sity of Iowa Libraries and Adjunct Faculty at the University of Iowa Center for the Book. She began book con­ser­va­tion work at North­west­ern Uni­ver­sity Library in 1992. From 2001–2012 she worked at the New­berry Library in Chicago, first as Col­lec­tions Con­ser­va­tor and then as Direc­tor of Con­ser­va­tion Ser­vices. She has taught book­bind­ing and con­ser­va­tion classes at Colum­bia Col­lege Chicago Cen­ter for the Book and Paper Arts and col­lec­tions care courses at the Uni­ver­sity of Chicago’s Gra­ham School. She is a Co-Director for Paper and Book Intensive, a working sabbatical for paper and book practitioners. 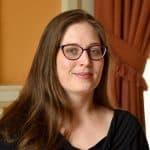 Beth Stone is currently the Assistant Conservator with the University of Iowa Libraries. She acts as the liaison for the John Martin Rare Book Room, the Iowa Women’s Archive, and conducts assessment for preservation digitization projects. She holds an MFA from the University of Iowa Center for the Book. She has served on the board of the Iowa Conservation & Preservation Consortium and has been a member of the Iowa Museum, Archives, and Libraries Response team since its inception in 2014. 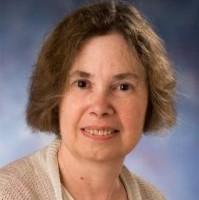 Katherine Tachau was a member of the University of Iowa History Department from 1985 until 2019, where she taught an introductory Medieval Latin paleography course.  Her published research brings together the histories of medieval science, philosophy, and religious thought (with special emphasis on their development at the thirteenth- and fourteenth-century medieval universities) with the history of medieval art. Her first book, Vision and Certitude in the Age of Ockham: Optics, Epistemology, and the Foundations of Semantics, 1250-1345 (1988), was awarded the Medieval Academy of America’s John Nicholas Brown Prize.  Currently, she is nearing completion of a monograph, Bible Lessons for Kings: Scholars and Friars in Thirteenth-Century Paris and the Creation of the Bibles Moralisées.

Susan Walsh is the Technical Director for the Small Animal Imaging Core at the Iowa Institute for Biomedical Imaging. She has multimodality imaging experience with PET/CT, 3D X-Ray, and optical imaging. Her expertise is protocol development and image acquisition for in vivo, ex vivo and non-biological imaging projects. 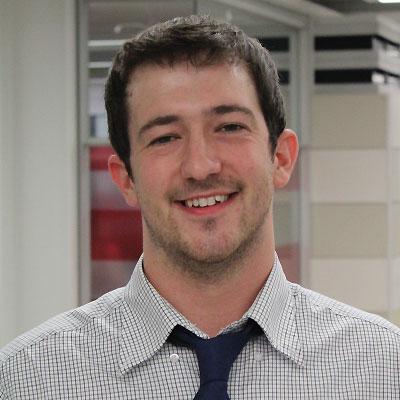 Ethan DeGross designed and helped with making of the website. He is a Web Researcher/Developer at the University of Iowa Libraries.  Ethan consults with PI's on all stages of their project's life-cyle.  Ethan's interests are in UX Design, App Development, Games, and Data Visualization. 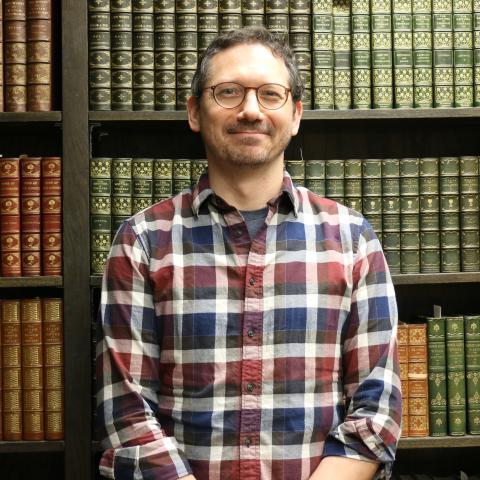 Damien Ihrig is a third-year graduate student in the University of Iowa School of Library and Information Science, while also pursuing a certificate from the UI Center for the Book. He currently splits his time between working at the UI Special Collections, an assistantship, as a teaching assistant, coursework, and occasionally seeing his family. He is interested in many aspects of librarianship, but particularly the interaction among access, materiality, preservation, and the application of technology in special collections and archives. 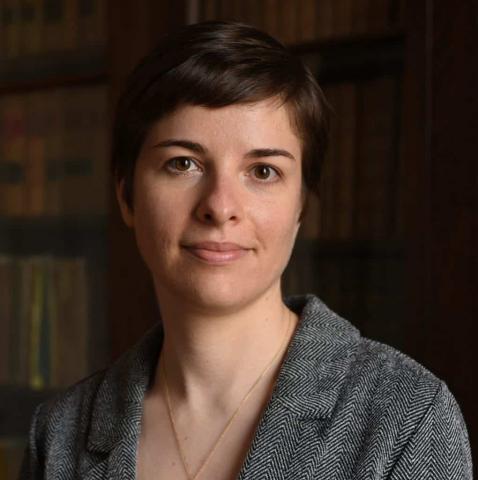 Alyssa Varner designed the logo for MTMTE and is the Creative Coordinator/Graphic Designer at the University of Iowa’s Digital Scholarship & Publishing Studio. In her spare time she writes and draws comic books.

National Endowment for the Humanities Representative

Elizabeth Tran is a Senior Program Officer in the Office of Digital Humanities at the National Endowment for the Humanities. In this role, she supports projects that explore ways to harness new digital technologies for humanities research as well as those that study digital culture from a humanistic perspective. Her previous appointments were at the National Science Foundation where she served as Program Officer and Lead for International Activities in the Social, Behavioral, and Economic Sciences Directorate and at the London School of Economics where she was the school’s first Knowledge Exchange and Impact Advisor. A large focus of her work has been on identifying and implementing mechanisms to facilitate both interdisciplinary and international research.

Elizabeth will be available at the conference to talk with people about what NEH can do for researchers.